GREETINGS IN THEN NAME OF OUR LORD AND SAVIOR, JESUS CHRIST

It is amazing how fast and how far the Coronavirus is spreading across the nation with many more getting infected daily and many more dying from it.
I thank God no one I know has been affected by it so far, and I pray they never do.

It seems Italy, and now Spain, have the most cases and have practically shut their entire countries down. Even the health workers are getting affected. Please pray for these countries.

The Bible speaks about the things that will occur in the end times and it is eye opening to see some of them happening now. The Bible speaks of plagues (the Coronavirus) natural disasters ( the fires in California and Australia, the tornadoes destroying Tennessee, floods destroying Louisiana, the snow storms crippling the Mid West and North East.

Can these occurrences be what the Bible is describing? It would seem so.

In the past 20 years I have seen a vast difference in most of our denominations. Alter calls are rarely given anymore like the way Billy Graham did it all his ministry, (raise your hand, stand up and then come forward for prayer) as to not offend people.
Jesus was crucified on a cross and Pastors don’t want to offend people by asking them to stand???

The body of Christ is more divided than ever, and even practicing homosexuals and lesbians are ordained and become Senior Pastors, pastoring churches with no fear of God at all.

You cannot even turn on TV during prime time without seeing some sitcom, reality show, or talk show that doesn’t have a gay person as the lead character.

The day I gave my life to Christ and was given my first Bible by the Late Pastor Fred Kelly, I went home and opened it and wrote on the very first page :
“May the things that break the heart of God, break my heart also.”
Little did I know the affect those words would have on my life.

Had I known, I doubt I would have written them. You see, what breaks the heart of God is people who claim to be Christians and yet live their lives as non believers. They are a “Christian” when in church, but during the week they behave and act and use the language of non Christians. And they are so quick to condemn other Christians for the littlest things. It would seem they have removed 1 Corinthians 13 known as the love chapter from their Bibles.

They hold grudges, they are unforgiving and call others names, they are impatient, unkind, they are jealous of others, they brag and are arrogant, they act unbecomingly, they seek their own, easily provoked, they take account of a wrong suffered, they rejoice in unrighteousness. These are words taken directly from the Bible, and not my own words.

I try my best to be the type of Christian described in 1 Corinthians 13 even though I fail time after time. And each time I repent, God forgives me and gives me a new start. Hallelujah!

A Pastor once told me I reminded him of Jeremiah the weeping prophet, because I cry so easily when I pray for others for healing or who have wandered away from God. From 10 years old to 40 years old, I never shed a tear because my heart was cold and callous and I wanted no part of “religion”.

But the second I surrendered my heart to God, in May of 1984, in a double wide trailer in Norcross, Georgia, I broke down and cried uncontrollably like a little baby. I told Pastor Kelly God thought my heart was so broken He didn’t want to fix it so he gave me His heart. I know that is not true but it was how I felt that glorious day.

Like Jeremiah, I cry over Gods children seeing how a lot of them have turned their backs on God and believe in wealth and riches, and living lives they want to with no fear of God at all.

I firmly believe this is a wake up time for all believers regardless of denominations to be of one accord in prayer for our country, other countries, and for people to return to God who have fallen away.

The news media claims it is going to get worse before it gets better. So many are already without jobs or finances, and businesses are shutting down like never before. People are hurting and scared and nervous, and don’t know who to turn to. Well, turn to God and ask that His will be done. After all He says He will never leave or forsake us, and it is impossible for Him to lie.
I won’t lie to you, I’m nervous also at times and then I realize God still sits on the throne and is still in charge. He is the true Commander in Chief.
If God is for us then who can be against us? Doesn’t Gods Word say “no weapon formed against us shall prosper”?

Now I know this newsletter will upset some people with the things I have spoken about, but that is expected, and you are entitled to your own opinions. As for me, and my house, we will serve the Lord
(Joshua 24:15)

GOD BLESS YOU ALL, 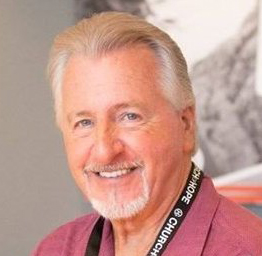